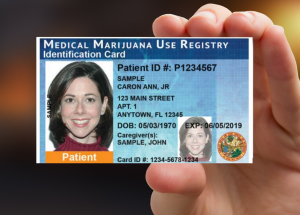 The digital age has opened the door for some fairly profound capabilities and opportunities, but not all of these abilities should be utilized, and the original way of doing things should be maintained in some circumstances.

This often surrounds the concern of legality; if something feels illegal, it probably is, after all. Coinciding with this very concrete fact is the manner one is able to obtain the heavily sought after medical marijuana card.

Of course, the ways to legally get one of these cards vary between the states where the substance has been legalized, but a fairly uniform set of rules is shared among these regions.

However and as people have become accustomed to heading online for everything that they need to accomplish, some controversy has finally brewed–ultimately keeping the blurred line for legalizing the substance entirely still smudged, and growing worse by the second. 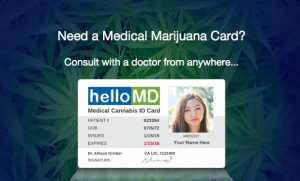 Applying for a cannabis card online is highly illegal in the majority of the states the substance has been made legal, though there is one slight exception in the state of California.

Despite this fact, however, enthusiasts and those who have yet to be diagnosed with qualifying conditions cannot resist the temptation.

After all, who can really resist the effectiveness of going to a website, filling out some information, paying a small fee, and clicking submit?

Not many people can, which is making this not only become something open for discussion, but a serious issue in the positive argument offered in favor of this natural substance.

At this point, you might be wondering why it would be illegal to get a medical cannabis card online if you reside in a state where marijuana is legalized, but that usually stems from the misunderstandings on how to get this pass at all.

The manners to go about this process legally are incredibly clear, though a few factors differentiate among the states.

Overall, it is important to ask the questions, receive the right answers, and to do additional research in order to better understand why some processes are illegal, and why they will continuously be kept that way if people refuse to cooperate. 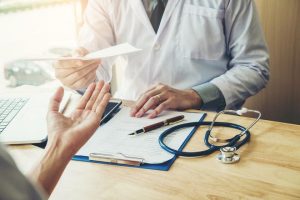 Regulations exist for any process and while that may pose irritating for some people, it is a necessary evil to make certain that nobody is abusing the privilege and ruining it for those who really need these rights.

Essentially, the legalization of medical marijuana is in its trial and error period, so it is absolutely crucial that nobody demonstrates mistakes that could set the country back one hundred years.

The legal process of obtaining medical cannabis cards is fairly painless, but does take some persistence in certain circumstances. Concisely, the legal process includes: 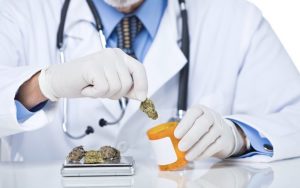 When you have finally had enough of the pain or have an illness that is preventing you from living your life and decide to go to the doctors, it is important that you translate all of your symptoms to your physician.

One symptom could make the difference between an okay to fill out the card application, or the reception of a, “Sorry, try again next time.”

If you are diagnosed with any of these conditions in a legalized state, the chances of you being allowed to fill out the application to apply for a card are fairly high.

Some states, though, recognize more than one doctor visit in a twelve month period for the same pain as being a qualifying condition; Oregon and California are two of those states, but it is important to research into your area’s act and general viewpoint of the subject.

Fill Out the Application and Pay Government Fees 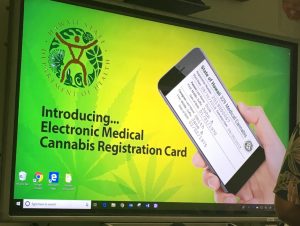 Once you have filled out the necessary application that has been equipped with your medical records and doctor recommendation, you will have to pay government fees in most states that must be maintained annually, assuming that you have been approved.

The only state that a fee is not necessary is Maine, but not all states graciously allow that benefit.

After these necessary steps, you do have a brief waiting period before receiving the status of your application.

If you are approved, though, you are able to visit medical marijuana dispensaries across your state, but always remaining aware of your legal rights is important. Essentially, what are the boundaries of your card? 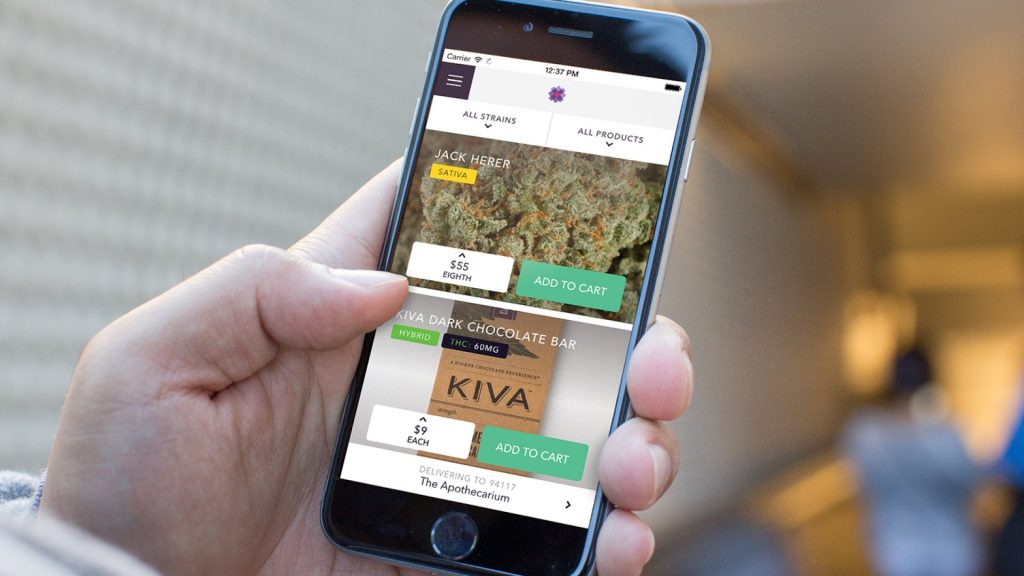 When you think about it, the government views marijuana as a medicine, which is the entire reason behind its legality in the majority of the states across the United States.

While, in no way, should cannabis be compared to prescription opioids, like codeine or fentanyl, it is crucial to relate the substances briefly to understand the reason that taking to the internet to get a medical cannabis card is illegal.

As it has already been established, you need a licensed physician’s recommendation to even be granted access to fill out an application for the card.

This same concept, in a sense, applies to the way that people get opioid prescriptions: They must be prescribed them by a doctor.

The entire reason that the legalization of marijuana was put into effect was because it would be monitored by qualifying weed doctors, which would reduce the risk for anyone abusing the substance.

Again, the only comparison between medical cannabis and prescription opioids is the manner that they are to be legally obtained.

Taking to the internet, however, defeats the entire regulations established in support of the legalization of the substance.

How Is a Person Able to Even Get a Card Online–Illegally or Not? 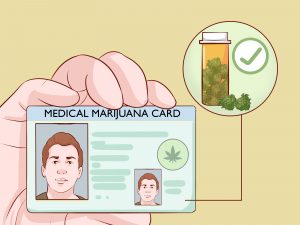 The concept is fairly simple: You discover a website claiming to give the cards out online in a fast manner (most of them claim you will have your card the next day).

The websites typically require a sign-up and registration to use the medical marijuana services, and it usually costs a fee. From there, you are connected with supposed licensed physicians who are willing to write recommendations.

The application is then completed and filed with the state; government fees ensue. While this process seems harmless, it is important to recognize that they are sometimes scams and totally unrecognizable as being in compliance with federal regulations in most scenarios.

Prior mention was made that obtaining a card online was legal in California with the use of Telehealth Technology, but only if the following points are understood and complied with:

Reputable, verified websites have licensed physicians who provide the appropriate recommendations as the result of a diagnosis that was made through secure video consultations, store medical records in a HIPPA compliant system, and require the payment of appropriate fees.

Additionally, the websites tend to be tools that better allow to manage the medicinal purpose, and are not separate branches of medicine–ultimately allowing them to practice without issue. 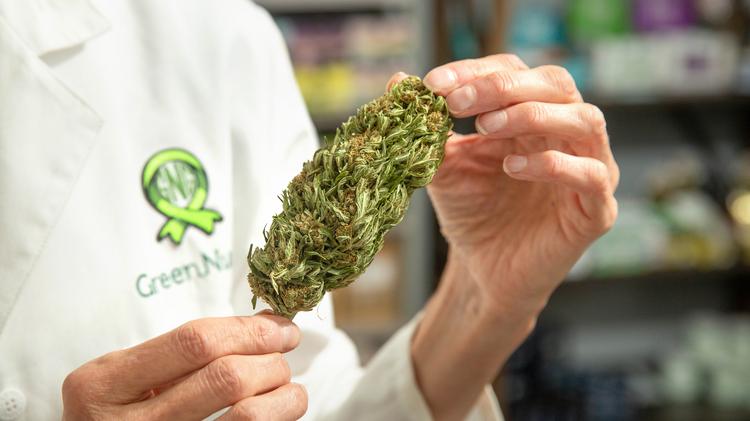 The licenses of the physicians are easily validated through the California Medical Board. If this concept continues without issue, more states might adopt it, too.

Certain states recognize primary care physicians and their diagnoses as being sufficient enough for a recommendation, but the appropriate, routine visits in which qualifying conditions were demonstrated or verified must be proven.

This is often where the legality issues are involved with taking to the internet to obtain a card–there is no solid foundation of proof, and people are easily able to fabricate symptoms during the online medical marijuana evaluation.

Essentially, the regulations fall into a very gray area on the internet, and disprove the foundation of the very black and white laws in place for the controlled substance.

This also coincides with the reality that even those who have obtained their cards legally can still fall victim to arrest in all states where the substance is legalized.

If those who went through the proper channels are able to be detained, why would those who illegally possess their cards be an exception? Federal regulations recognize the following as punishable offenses:

On the contrary, acceptable factors that comply with federal regulations include:

Although not all states allow for the obtainment of a card online, a lot of them have adapted to the allowance for a card renewal online.

Keeping track of when your card is due to expire is crucial because anytime past the official date in which the renewal was not paid results in a suspended card along with all of its rights, and can sometimes require undergoing the entire application process again.

Differentiating Between Acceptable and Unacceptable; Legal vs. Illegal 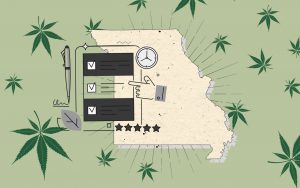 The major points of this discussion included:

Patience is a virtue and, though the substance has been depicted throughout history and used in a multitude of cultures throughout the globe, the legality surrounding it in the United States is fragile; it is new and needs time to become more accepted, researched in the manner deemed acceptable by this country, and regulated.

The failure to allow for this crucial time by going about things on your own could prove threatening to the entire trial period as a whole, so it is important to follow the necessary steps to receive a card.

If those who use medical marijuana demonstrate to the necessary administration that the substance has a profound impact on both their physical and mental health without breaking the law, those in states where cannabis is illegal will take notice and adjust accordingly.

In closing, it is profoundly important that you, as a legal cardholder, know your rights, exercise them appropriately, research your limitations, and to remain a positive example for other states and those attempting to obtain a card.

How to Treat Migraine with Marijuana, Medical Marijuana As A Remedy For Arthritis, How Does Marijuana Affect Blood Pressure, Is It Legal To Grow Marijuana?