Home Medical Marijuana Is Marijuana Really Dangerous For Our Health? 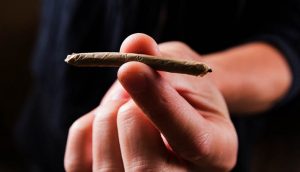 According to scientists, the only harm caused by smoking marijuana is various illnesses of the gums.

Scientists from the USA and New Zealand concluded that the only serious risk from smoking marijuana is the progression of illnesses of the gums.

A report of this research is published in JAMA Psychiatry. Staff from Duke University in Durham and the University of Otago in Dunedin and their colleagues from other universities analyzed the data of 1037 New Zealanders who were born in Dunedin in 1972 and 1973. They were aged under 38 and had taken part in the population research Dunedin Multidisciplinary Health and Development Study.

The scientists were interested in the level of weed use and tobacco by the volunteers, and, moreover, their health, including overall health, the existence of diseases of the oral cavity and respiratory path, signs of system inflammation and metabolism (waist circumference, body mass index, arterial pressure, levels of high-density lipoproteins, triglycerides and glucose in the blood).

The scientists did not register any other deviations in their physical conditions that correlated with smoking marijuana. At the same time, smoking tobacco correlated with poor levels of all aspects of health.